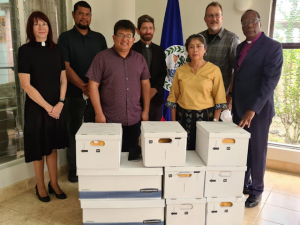 In what is considered a historic gesture by the religious community, the Council of Churches and the National Evangelical Association of Belize today delivered twenty thousand one hundred and eight signatures to Governor General Froyla Tzalam in an effort to trigger a referendum on the legalization of marijuana. . Following the exercise, the government of Belize issued a statement acknowledging the submission under section two of the Referendum Act to issue a writ of referendum. The GOB says it has repeatedly demonstrated good faith and commitment in the consultation process regarding the Cannabis and Industrial Hemp Control and Licensing Bill. News Five’s Paul Lopez was outside Belize House in Belmopan. He tabled the following report. 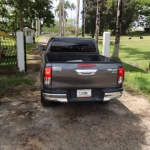 Senator Moses Benguche, Bishop of the Methodist Church, this morning delivered twenty thousand signed petitions to the office of the Governor General in Belmopan. These petitions were signed by Belizeans in favor of a referendum on the legalization of cannabis in Belize. Today’s submission marks the end of a historic effort by churches to meet the ten percent threshold needed to trigger a referendum. 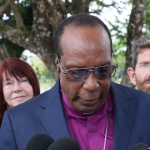 “The congregation of church leaders gathered here today feel it was important to be able to share and bring these petitions to the Governor General at this time as we speak directly to what the government has done in presenting a draft of law on March 25, 2022, the Cannabis and Industrial Hemp Control and Licensing Bill. For us, at this time, we have decided to present these petitions, as we believe this is a backward and demoted step taken on behalf of the new growth industry. 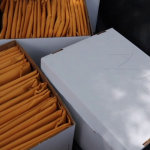 “These signatures are all true and real. The signatures represent the voice of the Belizean public. It includes a former prime minister. It includes bankers, CEOs of different companies across the length and breadth of this nation. It represents people from all walks of life, Rastafarians and community leaders. He tells us here and now that although this petition for a referendum was first proposed by the church, it is no longer just the church calling for a referendum, but it is the whole country of Belize, people are responding to the call from rural areas, urban areas and suburban areas. It includes the unions who answered the call, the lawyers who answered the call, the men in uniform like the coast guard who answered the call. We all call on the government of Belize to make the right choice to launch the referendum. »

The government of Belize issued a statement on Tuesday afternoon referring to the submission of petitions as an inspiring and encouraging day for the democratic system. According to the GOB, while the Cannabis and Industrial Hemp Control and Licensing Bill won majority support in the Lower House and Upper House, the Cabinet suspended the signing of the law to give churches the opportunity to present their petition for a referendum. But will these more than twenty thousand signatures withstand the scrutiny of the Chief Electoral Officer? 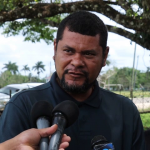 “We believe that we live in an open society. The government must prove that by respecting the rules of the referendum law, by validating these signatures, because they come from the church, and we are starting to have a problem in the sense of the question whether or not there have been consultations that need to be addressed, because the church clearly says there was no formal consultation. The church says that we have properly checked the documents and that these documents can withstand all tests. Now, every petition has been submitted, every one. So even though the petition didn’t pass the test, it was submitted because it was a genuine signature from a genuine Belizean, but we made sure we passed the ten percent threshold with validated signatures. So even if someone didn’t submit their voter ID card but said they voted or forgot to vote, their petition was submitted and our responsibility was to make sure we provided more than enough of the trigger ten percent validation.

Pastor Louis Wade shared his experience of interacting with Belizeans across the country on this issue, and some of the reasons he was given as to why they thought legalizing marijuana could potentially be bad for their communities. 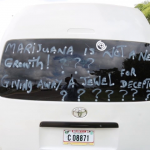 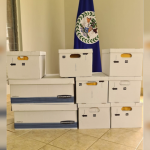