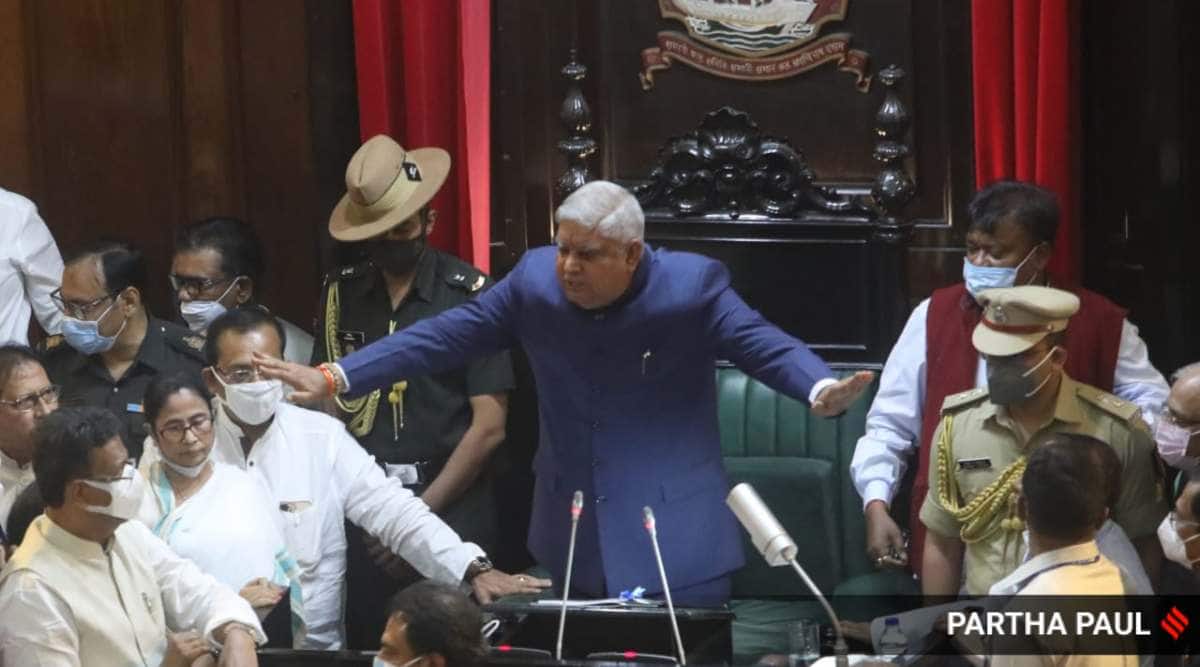 As expected, Governor Jagdeep Dhankar entered the Assembly after paying homage to the statue of BR Ambedkar. But as soon as the national anthem finished playing, opposition BJP MPs began their protest, entering the House pit. Although the governor asked the deputies to return to their seats and hear his speech, they shouted the slogans “Jai Shri Ram” and “Bharat Mata Ki Jai”. After 20 minutes of agitation, the governor addressed President Biman Banerjee, indicating his wish to leave the Chamber.

Subsequently, Chief Minister Mamata Banerjee, Parliamentary Affairs Minister Partha Chatterjee and other ministers asked him not to leave the Chamber until he delivered his speech. In fact, MPs from the ruling party nearly slapped him, preventing him from leaving the House. Even opposition leader Suvendu Adhikari has refused the governor’s pleas to appease his colleagues and end their unrest.

After an hour of protests, the Governor reads the first and last sentences of his speech so that it can be considered tabled and the budget session can begin in the Assembly.

CM Banerjee later said, “I go to Raj Bhavan. I have to thank him because he read at least one line of the speech so the budget session can start now.

“What happened in the Assembly today is unprecedented. The BJP does not believe in democracy. They lose everywhere and thus disrupt the democratic process. I am shocked and discouraged.

Adhikari blamed the disruption on ruling party MPs. “The Chief Minister really said that this was an unprecedented incident. She was right. In the West Bengal legislature, never before has a governor been physically heckled by female party MPs in power. This was done on the instructions of the Chief Minister. It is a disgrace to democracy and the Chief Minister will have to take responsibility for the incident.”