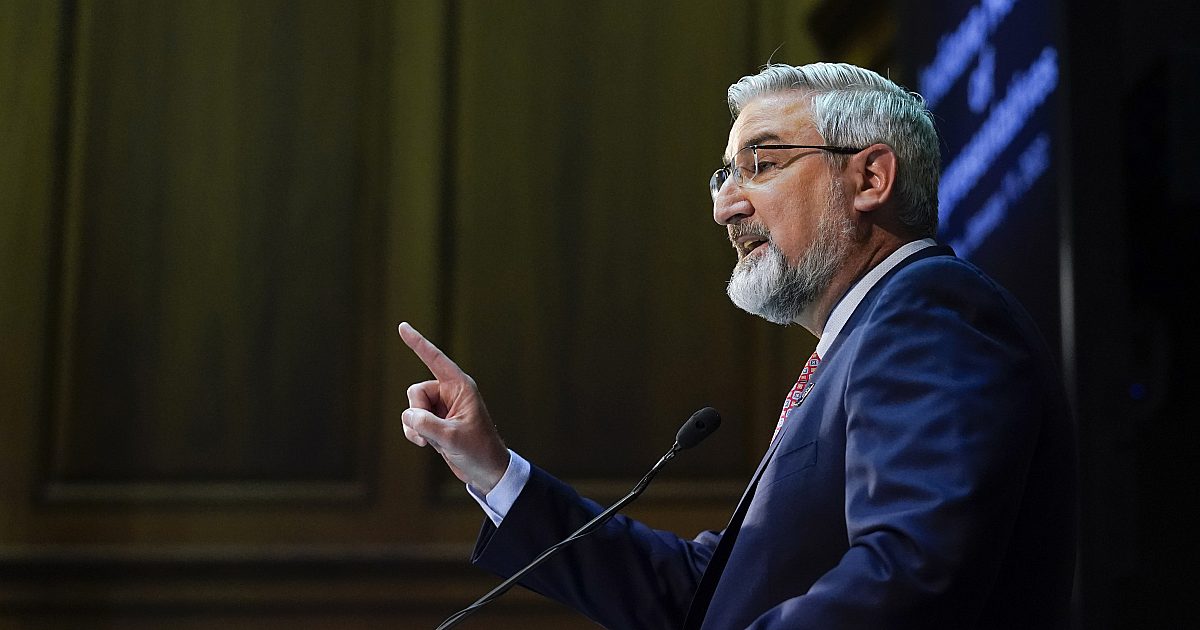 Indiana’s new law limits attempts by students, faculty or administration officials to block, yell at or muzzle speakers on campus. It does not explicitly state whether university administrators can opt out of controversial speakers. But it gives students or student organizations the right to sue to enforce their rights under the law, with damages of up to $50,000.

“We’ve seen universities try to make policies based solely on the First Amendment, which is very broad, and those policies have often strayed … from some of the case law,” said Republican Rep. Chris Jeter, l one of the bill’s supporters, according to Chalkbeat. “[Universities] want to propagate fair, legal and neutral rules for all students. »

In 2018, Indiana’s Ball State University reached a settlement over free speech issues with the school’s Students for Life chapter in which it agreed to pay more than $12,000 in attorney fees. and in damages and revise its guidelines for allocating funds for student activities. The campus group had filed a lawsuit after the school denied a request for a $300 student activity fee to cover the costs of materials to help pregnant and parenting students. The revised guidelines now state that “funding will not be refused because the recipient of the funds holds a particular opinion”.

Indiana is the latest of 23 states to pass legislation to promote free speech on college campuses, according to a report by the Foundation for Individual Rights in Education. But Joe Cohn, FIRE’s legislative and policy director, noted that state laws vary widely. Some protect a wide range of expressive activity: A 2019 law in Alabama, for example, goes beyond Indiana’s bill to prohibit schools from canceling invitations to guest speakers by students or teachers. It also demands that schools adopt policies consistent with the University of Chicago’s 2014 Statement on Free Speech, calling for respect for free inquiry. The “Chicago Declaration” warns that “concerns about civility and mutual respect can never be used as justification for closing the discussion of ideas, however offensive or distasteful those ideas may be to some members of our community.”

Cohn said Tennessee’s Campus Free Speech Protection Act is probably the most comprehensive. The 2017 law also protects faculty speech in the classroom unless it is “not reasonably relevant to the subject of the class at large, and constitutes a substantial part of classroom instruction.” “.

Other laws are more modest, Cohn said. A 2017 Utah law, for example, deals only with “free speech zones” and leaves other areas such as non-discrimination in student organization funding and benefits unaddressed.

But Cohn said better laws and access to the courts would not be enough to sufficiently protect free speech on campus. “Culture change is a trickier, slower process that only happens through engagement and dialogue,” he said. “Criticism is an important part of engagement, but so is listening…so that you respond to the positions people have. [and] the assumptions they hold in a way that encourages ongoing dialogue.