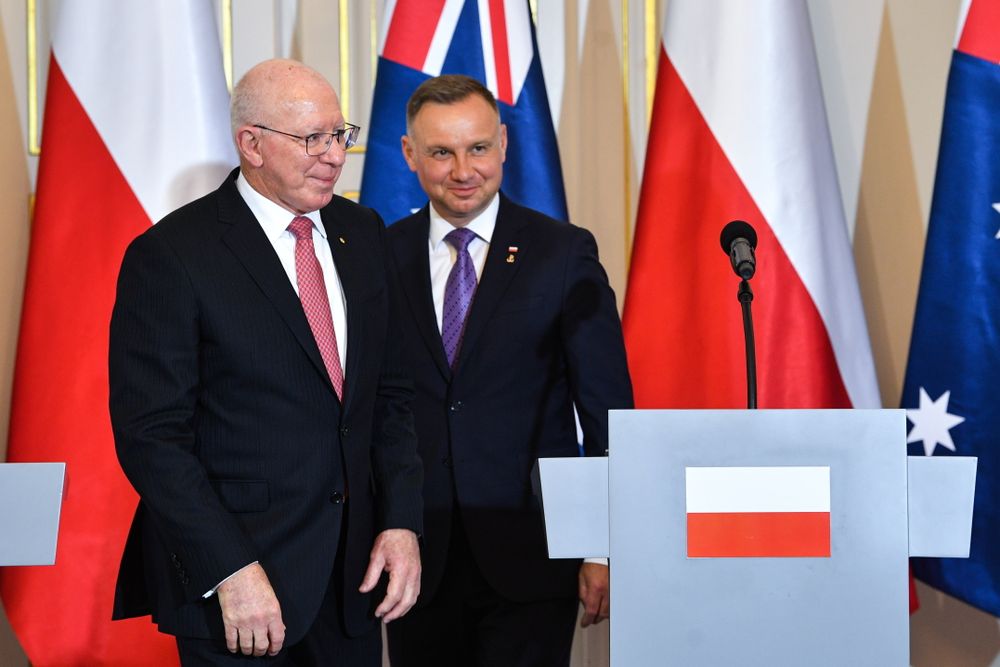 Duda told a press conference after the talks that he thanked Hurley for Australia’s help to Ukraine in their defensive war against Russia.

Duda noted that Australia has not only donated its Bushmaster armored vehicles to the Ukrainian Armed Forces. “Ukraine also receives financial support from Australia, and this assistance is crucial for Ukraine in its current struggle,” he said.

The president said he and Hurley also discussed China and the economic situation in Asia and stressed that the talks with China focused on Beijing’s future plans and that China’s role was “important as as a world economic and military power”.

Hurley said Australia looked in awe at Poland’s selfless assistance to Ukrainian war refugees. He stressed that Australia and Poland stand for democracy and respect for international law.